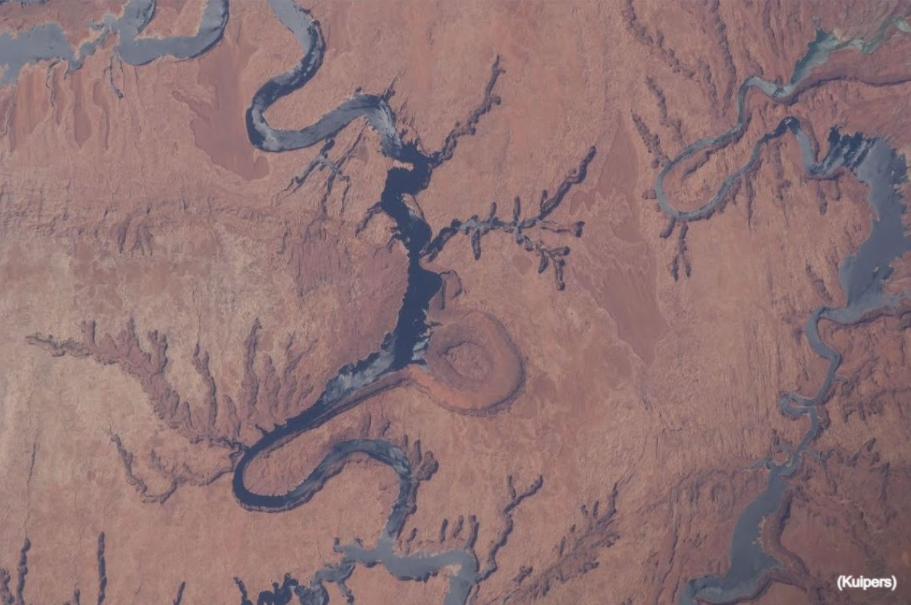 At the beginning of my semester-long internship, we spent a lot of time looking at various nature symbols and really digging into their meaning, especially in terms of culture, religion, and science. One of the very first symbols I chose to look into was the river. I have no immediate connection to any particular river, but while being guided through a quick mediation I visualized myself in a jungle with my mom who led me to this long, wide, river running across our path. My mom is from the Philippines and she would often talk about bathing in the river near her village or helping her mom do laundry in it and watching her waist-length hair swirl in the water.

Taking what little connection I had to this body of water, I did some research. As I was reading through various sites and sources, one particular line stood out to me. “Waters rolling as Time itself, as if veins of the Great Mother Earth”. This struck something visceral within me and caught me off guard. Surprised by the emotional response, I let myself think about it more and sit with this intense feeling. Of course the rivers are the veins of Mother Earth. Scientifically, rivers can be defined as “large, natural channel containing water that flows downhill under gravity. A river system is a network of connecting channels”. So, what are veins if not networks of channels which carry life-sustaining fluid away? Fresh water is necessary for life and without it we wouldn’t be where we are today as a species, as an ecosystem, as a planet.

Rivers have been recognized as important fixtures in the natural world before written history, and as civilizations became more stable, their fascination and respect for them started to be documented through stories and myths. The Book of Symbols references various rivers mentioned throughout time, discussing familiar examples like those found in the depths of Tartarus in Greek mythology, such as the Lithe and Styx, which had magical properties or roles within the underworld. Rivers were also mentioned in Asian mythology, with one example being Chinese. First written in the pre-Qin period, this creation myth describes how the first humans came about. The goddess Nuwa created man using clay from the Yellow River. In my mom’s home country, the river was and are lifelines in a cultural and community sense as I’ve mentioned before. In mythology, some indigenous groups believed that humans came from eggs laid by the limokon bird with a man and a woman emerging on opposite sides of a river.

Rivers being so prevalent in culture and religious contexts for so long highlights our innate ability and desire to respect and care for the Earth as it provides us with so much. Things like fresh, drinkable water are taken for granted and the communities who were the first protectors of the Earth are often denied access to or stripped of this precious resource. In thinking of rivers in the context of the veins of Mother Earth, we will be better equipped to protect these vital bodies of water and by extension, the entirety of the Earth. Rivers and water are essential to life and should be protected and respected out of appreciation for all it has granted us. I would like to include one more quote from a Mojave-American poet and Native activist, Natalie Diaz: “I mean river as a verb. A happening. It is moving within me right now”. 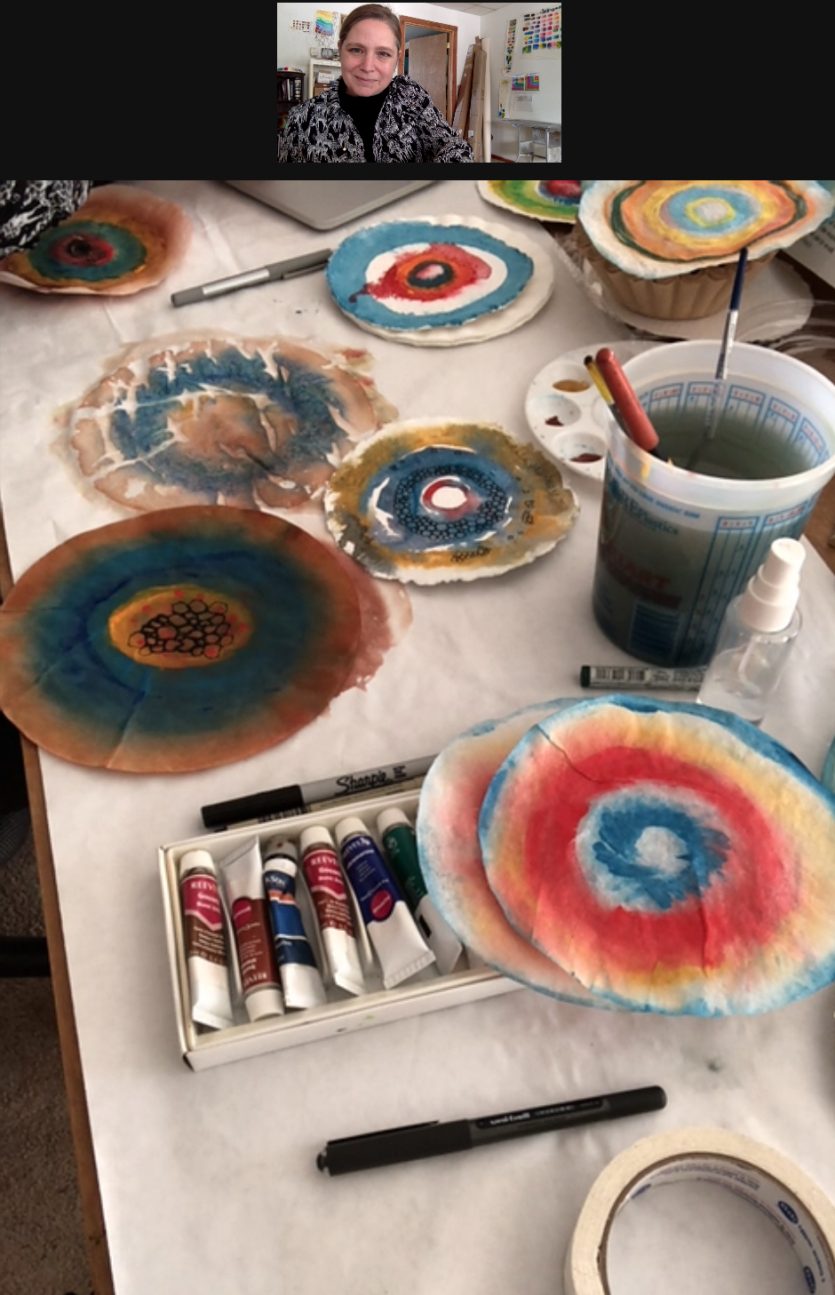 While the COVID-19 pandemic continues to afflict the world and keep in-person events to a minimum, we at D-Eco-Self managed to squeeze in a workshop earlier this year. In February, Kimberly Callas, along with three students (myself, Ashley Mappeli, and Emily Burney) led a workshop in the 2021 College Art Association Conference, which was a part of ARTexchange and hosted by the Museum of Arts and Design in New York, NY. Held over Zoom, the workshop had participants delve deeper into symbols and motifs in nature that resonated with them in order to forge a stronger, more personal connection to nature. The student leaders led group discussions in their own breakout rooms. During the discussion, the students researched the symbols and provided each participant with a custom sheet that had various cultural, scientific, and artistic information surrounding their symbol which was then electronically given to them to take with them after the workshop. Upon leaving the group discussion, Professor Callas led the group through the contemplative art-making portion of the workshop where participants painted mandalas, a geometric configuration of shapes, using their symbols as a guide. They ultimately were asked to draw in a pattern associated with their symbol at the center of their mandalas which signified nature’s connection to the self, as well as their intention to recognize and keep nature within them. While unprecedented, the workshop was a success and made the most of the strange landscape we’ve all had to navigate over the past year. Monmouth University also covers the workshop in a post here. 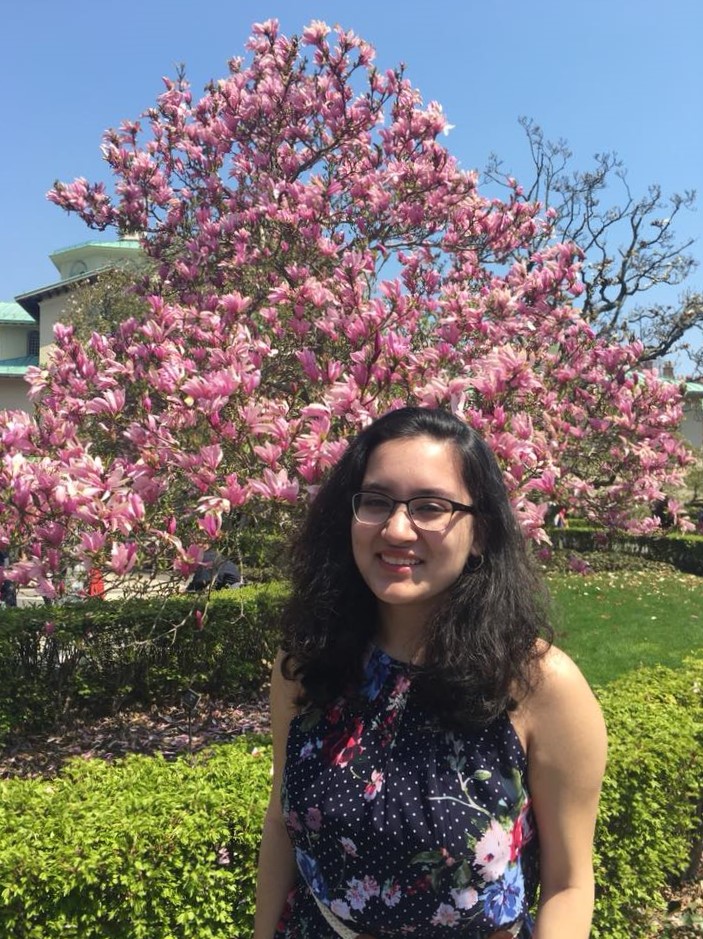 Another year, another intern! Melania Pugliese is a biology major and art minor, graduating with her B.S. from Monmouth University in May. Despite focusing on getting a degree in science, art found its way into her academic career and Melania has since found a love for ceramics which she desires to pursue further after graduation. She was initially drawn to this project through her deep love of science and a desire to get people invested in the environment. Climate change has been something she has been trying to bring awareness to and was intrigued by the use of art to make the issue more personal as opposed to the more impersonal usage of hard data and charts. Her desire to reach people and educate them has led Melania to look into becoming a high school teacher in order to directly impact communities through teaching biology. She also plans to be part of her school’s art department, hopefully building more art/scientific collaboration!

The COVID-19 pandemic continues to hamper the usual activities of DEcoSelf, so Melania will primarily be working on the website and social media aspects of the project, but she is looking forward to being a part of it!