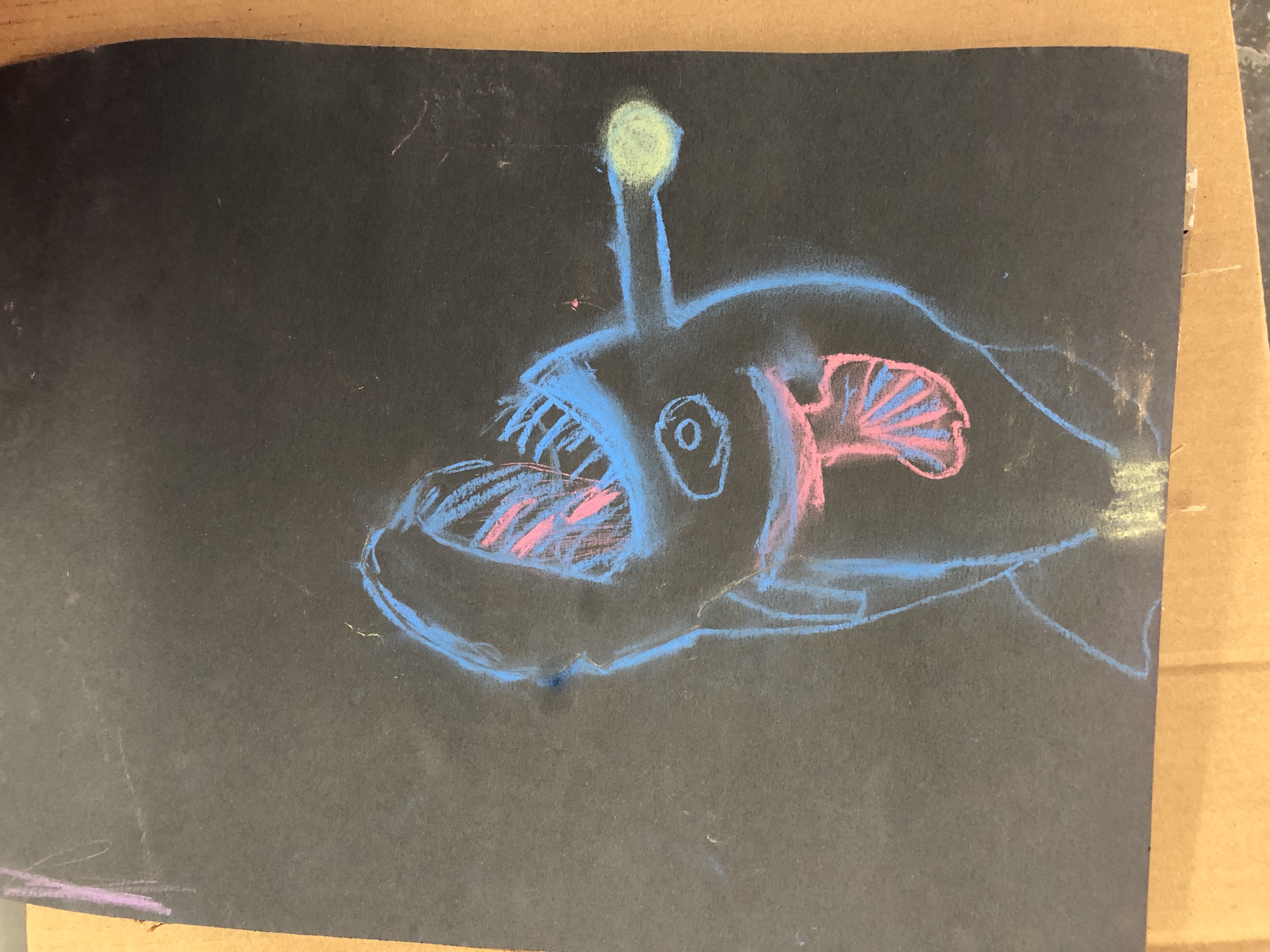 Ocean/Discovery of the Ecological Self 2018

The ocean is a vast body of water that is sometimes incomprehensible. It is home to countless lifeforms, some of which are still being discovered, to this day. Not only is the ocean wide, but it is also miles deep. Scientists have classified it into different levels. There are several different levels and hundreds of species and creatures that inhabit each level. The most basic breakdown of levels is based off of how far light travels underwater. These levels are: the sunlight zone, the twilight zone, and the midnight zone. The sunlight zone, which is the first ~650 feet below the surface, is home to most common fish and sea creatures, such as various marine mammals and sea turtles. For the next ~2,600 feet, it is the twilight zone; in this zone, light dissipates quickly. Some larger fish and mammals reside in this zone of the ocean, like sperm whales and octopi, and many tend to be bioluminescent – or, they create their own light. Other crabs and crustaceans, along with algae, also can be found in this ocean zone. Lastly, there is the midnight zone, which is the part of the ocean where no sunlight penetrates. All of the creatures who call this zone home know how to use this darkness to their advantage, and many of them are able to create their own light. The food options are very limited due to the complete lack of sunlight, so the sea creatures that live in the midnight zone feed on plants and other creatures that fall from higher zones.

Knowing about the separate zones and how they function is an essential part of understanding the ocean. As a part of Discovering the Ecological Self, science volunteers from the Department of Science from Monmouth University gave a lecture to students from the Aslan Youth Ministry, describing the different parts of the ocean and the sea creatures that reside in each level. After learning about jellyfish, anglerfish, and Ctenophora, the students then set to work creating art. They used colorful chalk on black paper (pictured above) and played with creating light installations. Through this, volunteers and students alike began to understand how much life is contained in such an extremely large body of water, and why it is so important to preserve it. There are so many things left undiscovered about the ocean, but there is a high chance that our pollution is killing it before we even get the chance to explore. Connecting with the ocean is vital to is preservation, which is why the theme for Discovering the Ecological Self this year was the Ocean.